The third clockwork is movement. There is a field covered by clocks. Their clockhands move contiounusly following a set of rules. The rules are based on time and the position of a spectator driven spot.

The movement wanders through these rules. The rules changing smoothly form one to other. It sounds quite complicated, and it is. Painting with time is not a simple matter. 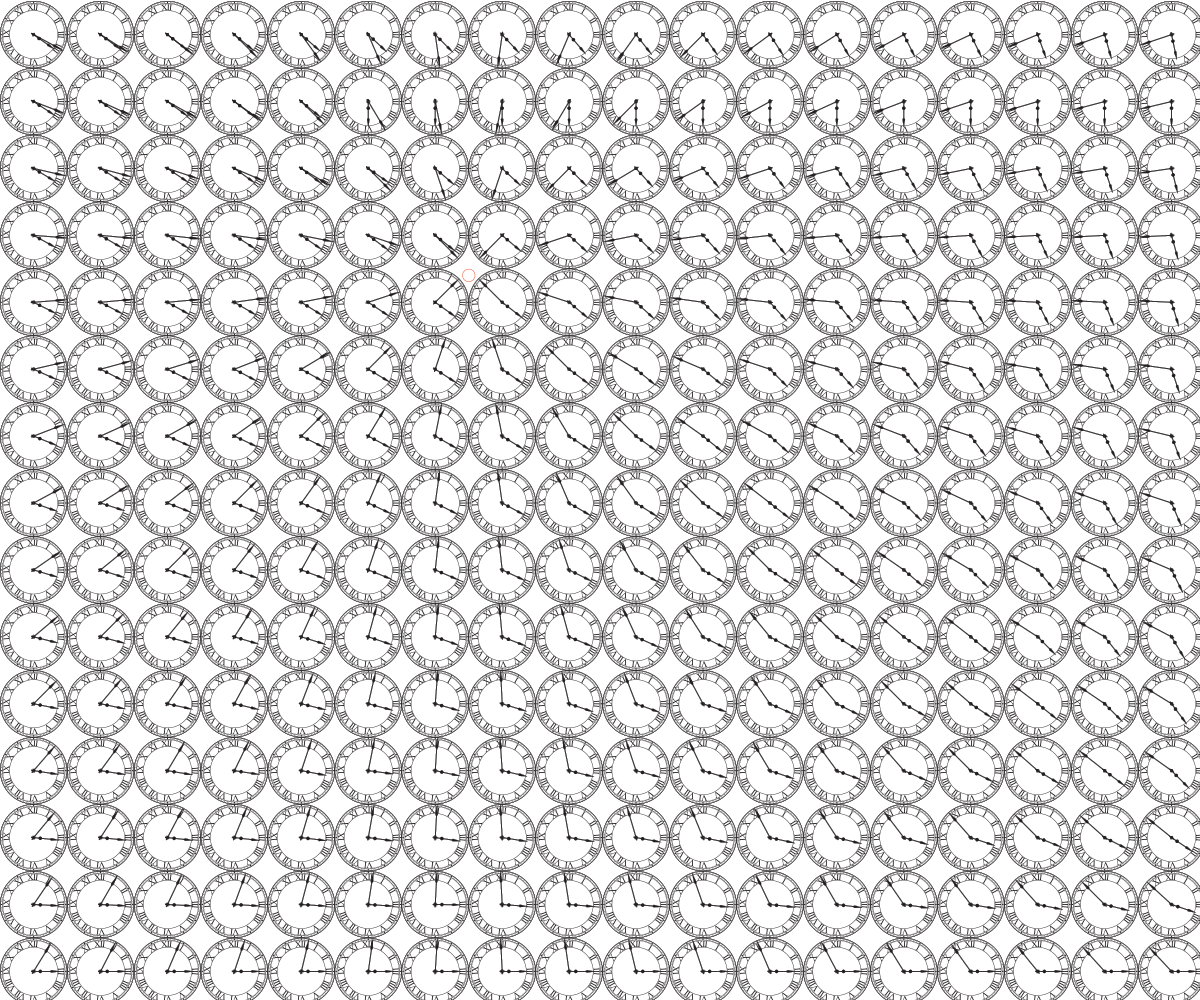 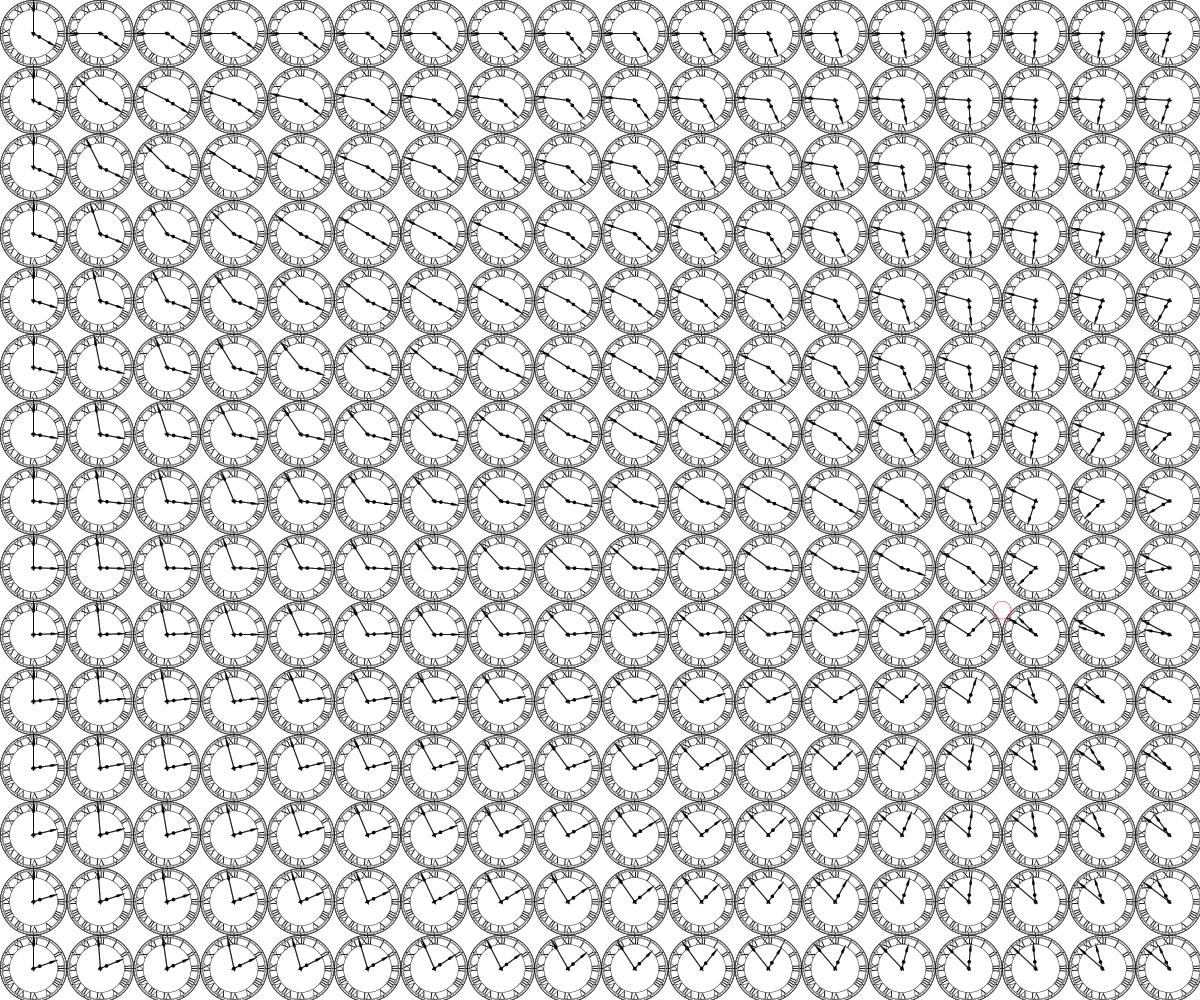 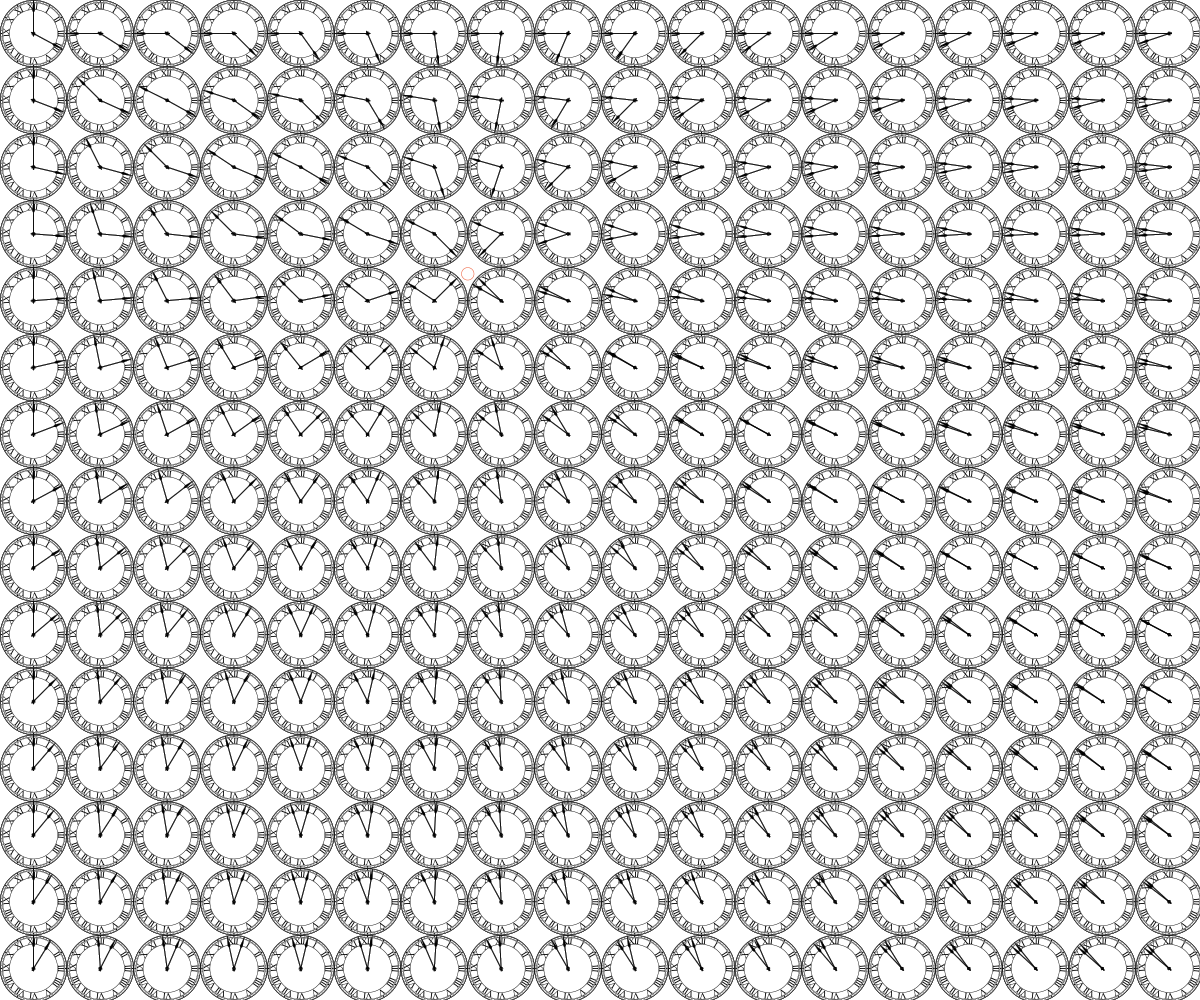 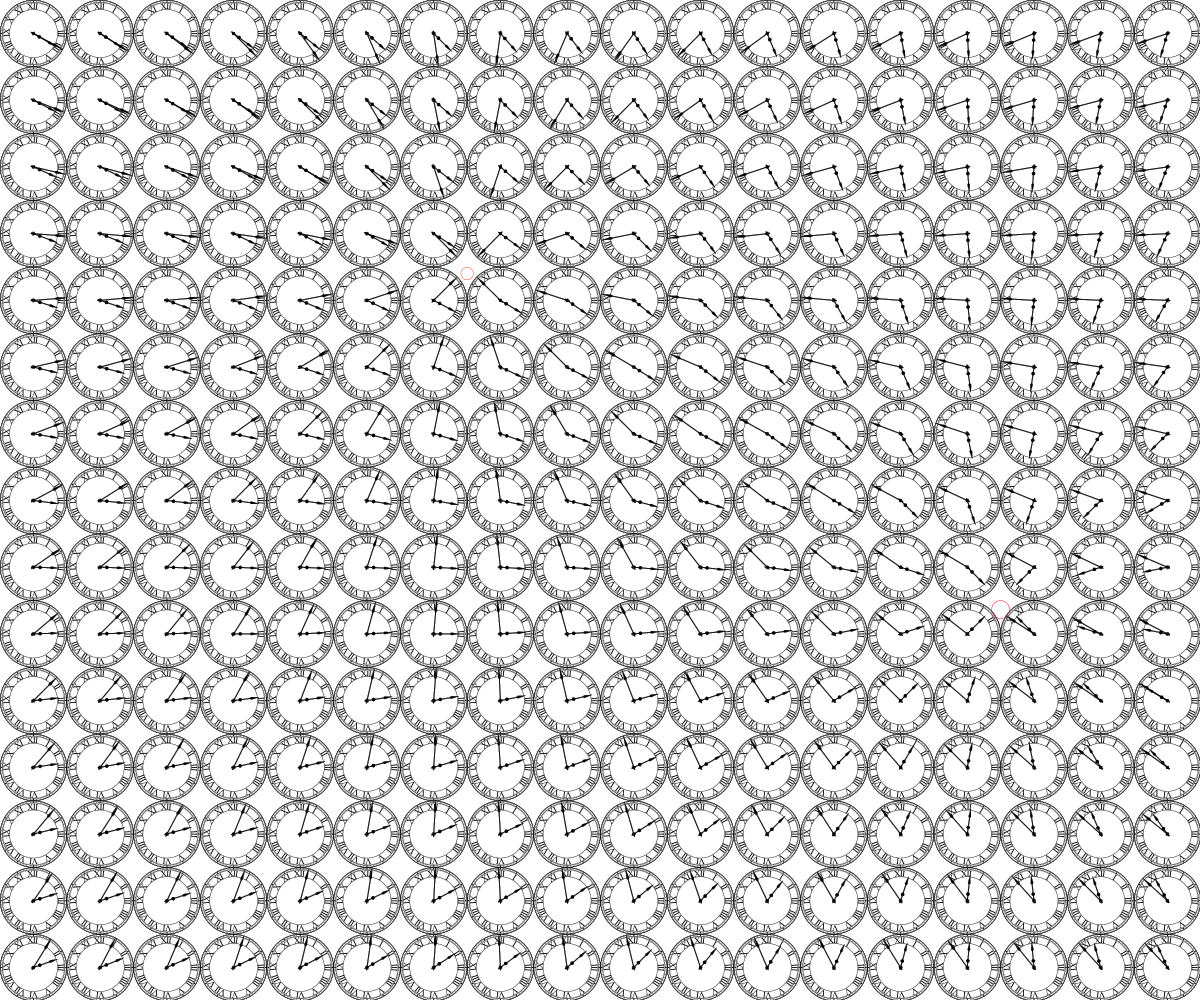