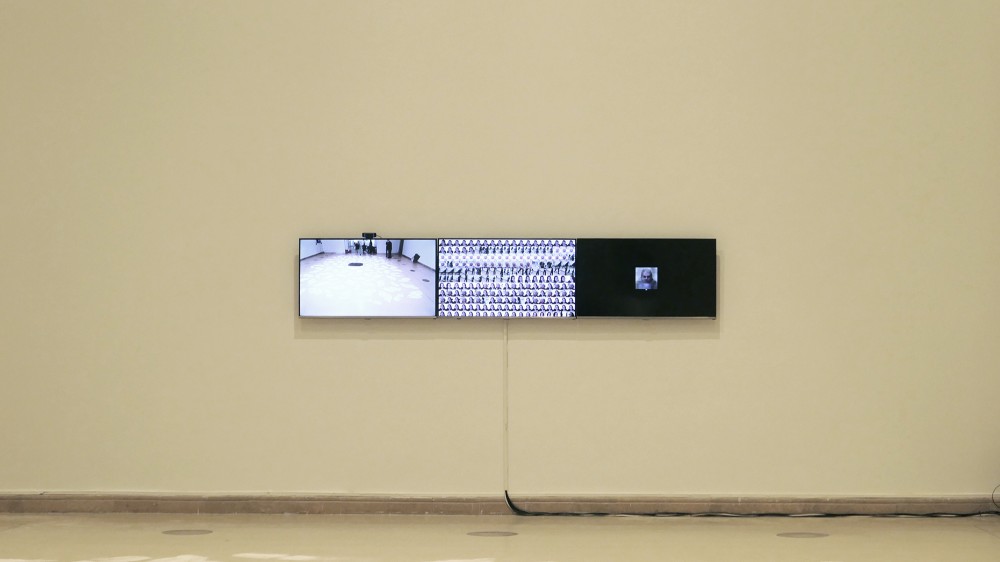 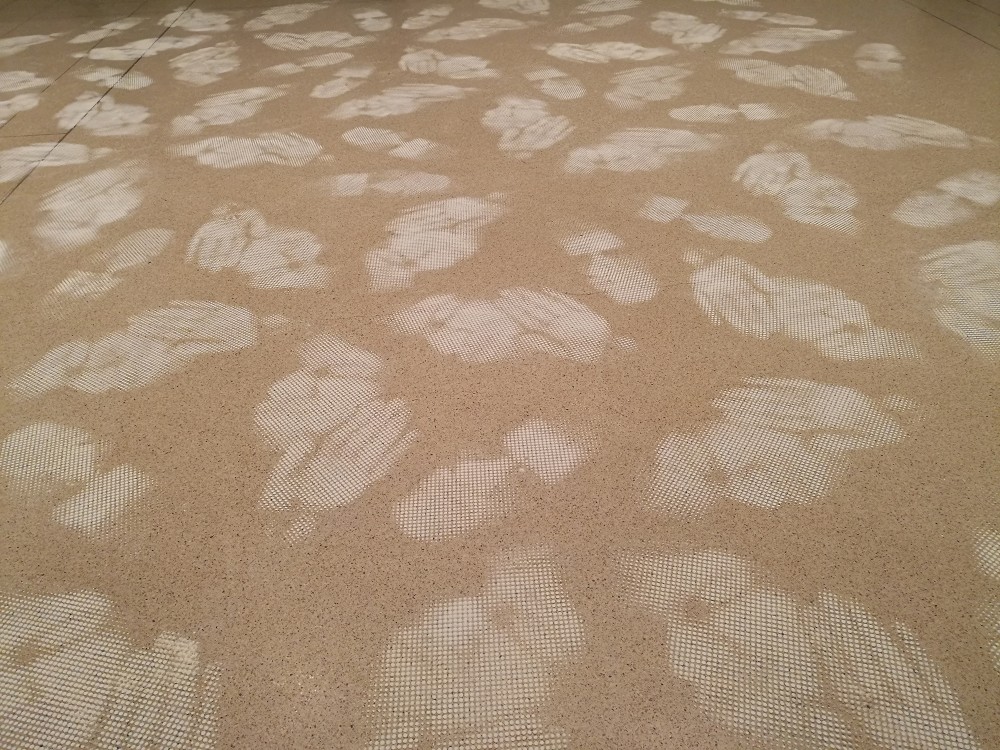 He would always come up with mathematical comparisons if he felt mean enough, knowing I couldn’t’ understand them.

Art and mathematics would be unimaginable without each other. In a 14th-century woodcut, Euclid, the father of geometry, can be seen standing before the Castle of the Arts as the door keeper charged with the task of granting admission to the seven liberal arts (septem artes liberales), symbolising that geometry is the basis of all of them. This is true if we understand mathematics but also if we merely perceive that fundamental content is mediated through complicated structures of art based on mathematics. Similarly deep content can be found when reading texts by Géza Ottlik, who originally graduated as a mathematician, and Péter Esterházy, who ‘reproduced’ his work.[1] Balázs Faa understands mathematics as a fine artist and uses it to create works with a complex system. In the beginning, he regarded numerical laws as tools to enable him to more easily create visual systems and then recognised that everything has independent meaning which, already upon first glance, is obviously not a result of a man-made compositional concept. Faa’s works can actually still be appreciated to the fullest extent by visitors even if they cannot unravel his structures.

Even in choosing to study reproductive graphic art at university Faa demonstrated his need to create self-repeating systems. After the etchings, installations and offset prints mechanically produced as a scholarship student in Amsterdam between 1993 and 1995, as IT technology developed Faa made more and more computer-assisted digital works too. From the late nineties, he used the computer for all his works based on programmes he himself wrote. His artworks are lent various forms: for example, controlled by a particular computer programme and the mathematical calculus of probability, Clockwork III (2007) becomes an actual artwork on the monitor before the very eyes of the viewers and with their active collaboration. Number of Souls (2018), Faa’s computer installation at our exhibition, presents a contemporary ritual on three screens set next to one another. This interactive work requires the participation, and, indeed, the face and personality of the visitor. The work counts the ‘souls’ who appear before a web camera and records their individual features in order to transform them into a single picture of an average face. The installation displays common human features and characteristics and not individual attributes. There is more that binds us together and that we have in common than what divides us, yet it is individual characteristics that make us what we are – as demonstrated by the picture on the third monitor, which shows the image of the person who is standing the longest in front of the camera.

Faa has been using Penrose tiling in his art since 1994. This theory discovered in 1974 by English mathematician Roger Penrose, is an aperiodic system with which an infinite plane can be covered. The ‘Penrose parquet’, as Géza Perneczky called it, can be created with two kinds of rhombi and the order of the forms is never repeated, although certain rules are applicable here too so the rhombi cannot be joined together ad libitum. Any pattern can be placed on the rhombus base, thus concealing the original Penrose tile. In Faa’s works, the most important feature of Penrose tiling is that the order of the patterns is non-repetitive, thus symbolising the similarities and at the same time differences in the most important ‘stories’ of life. The same events happen again and again, yet always differently, reinforcing repetitions and at the same time the incalculableness of the world. The micro-dramas of our lives are all the same, yet they are individual and unrepeatable. Faa often used the motif of the clock to illustrate this premise. (Clockwork I and Slow Work, 1994; Clockwork II, 1995; Clockwork IV, 2010; Time Magnet, 2017), which is a very human device but at the same time cannot be interfered with: merely showing the often pitiless passing of time, it cannot be used to manipulate the world. It is a kind of memento mori, forever marking the transience of human life and the relentless progress of time. Faa’s computer-controlled works treating the theme of the clock produce rules that cannot yet be proved with our present knowledge. The passing of time cannot be altered through the creation of artificial rules, yet the stopping and slowing down (or indeed acceleration) of time have long since been a cherished desire of mankind as well as a subject of experimentation. Balázs Faa has always regarded it as especially important that the decimal numerical system, which otherwise prevails in Western culture, is not the one used for time (or angles and everything else linked to circles) – perhaps because it is not magical enough to model temporality.

Since 2013, some of Faa’s computer-generated works have most peculiarly materialised through flour sprinkled on the floor (Libum, 2013; Still-life, 2016). Sprinkling something on the ground and flour, the main ingredient of bread, are sacred symbols. As these works are deliberately left unguarded, i.e. they can be trampled upon and scattered by visitors, when they are completely destroyed (i.e. they become ‘rubbish’) they represent a kind of sacrifice. Being transferred into the physical world, the ethereal geometrical form based on Penrose tiling loses its theoretical nature and is present in the exhibition hall as a substance familiar to us all: it can be grasped and even inhaled. In Geometrical Bodies (2018), made specifically for our exhibition, we can see body parts in the Penrose tiling system, referring to the unrepeatable and individual nature of people and reinforcing the theme of the Number of Souls.

Réka Fazakas
curator of the exhibition