Narration's structure based on an aperiodic tiling, called Penrose-tiling. Aperiodic tilings in math can tile an infinite plane with a given set of elements, but the order of the elements never repeats itself. Penrose tiling do this art only with two kind of shapes - two rhombuses  -  a fat and a slim one.

I drove the text-stripes through each shapes' each sides. They crosses each other on the fat rhombus, but not connected on the slim one. In this way the stripes form circles. These circles can be quite small, and really huge, since the rhombuses' order is rather chaotic.

This geometric structure seemed to me a perfect carrier of my thought on narration. Our stories are constructed from the same little dramatic bricks. But the final results are never the same. There are no identical lives, no identical stories. 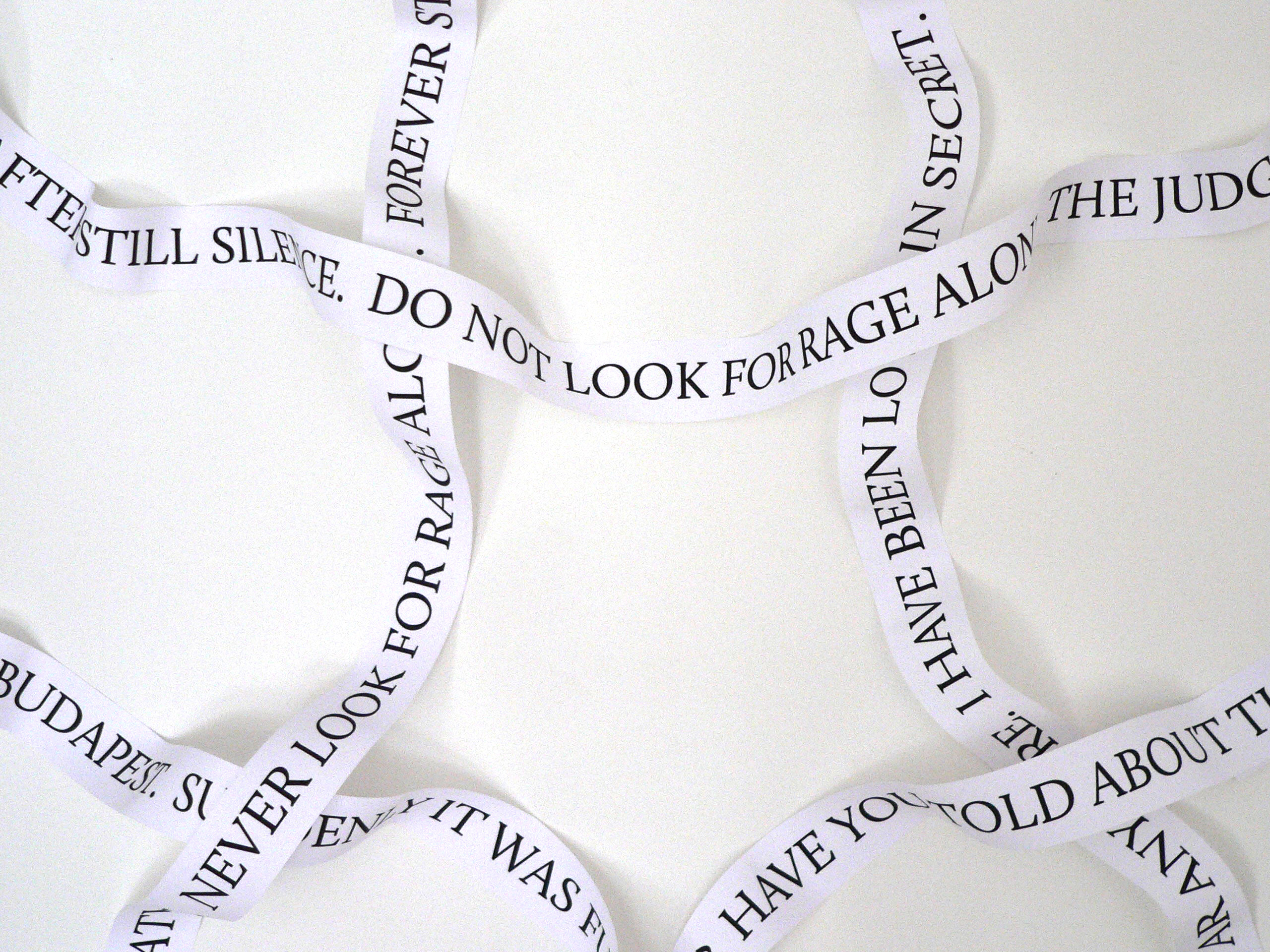 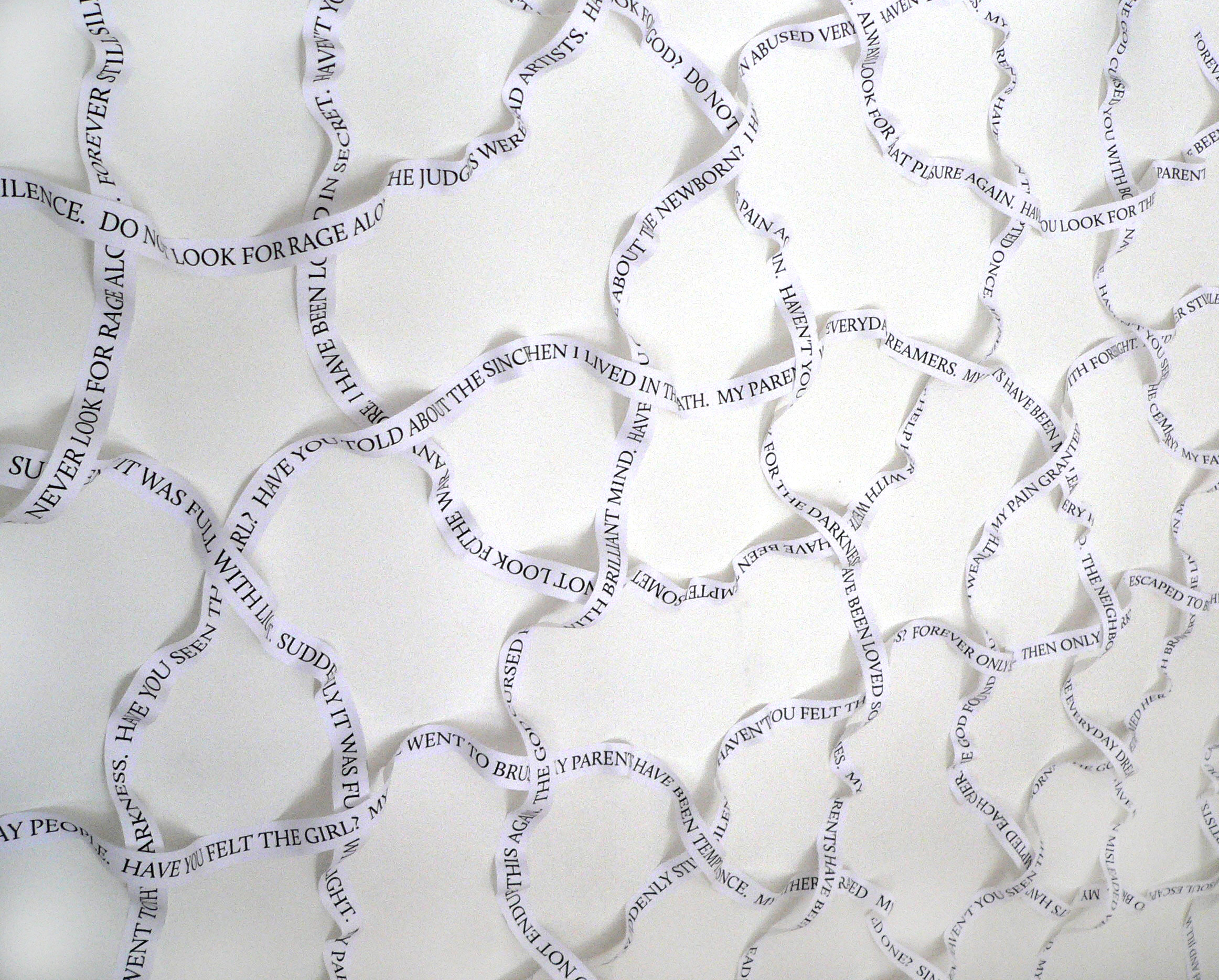 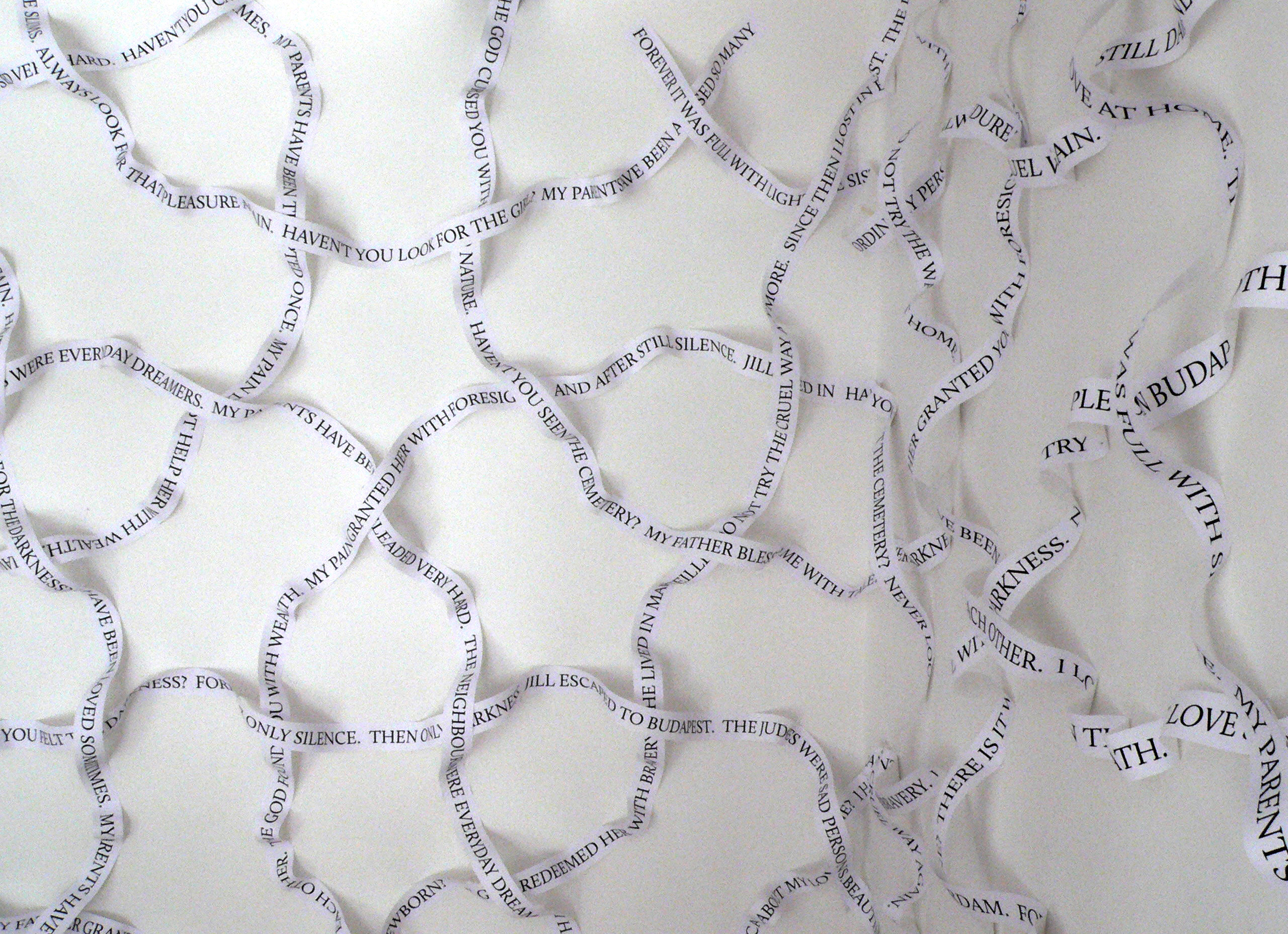 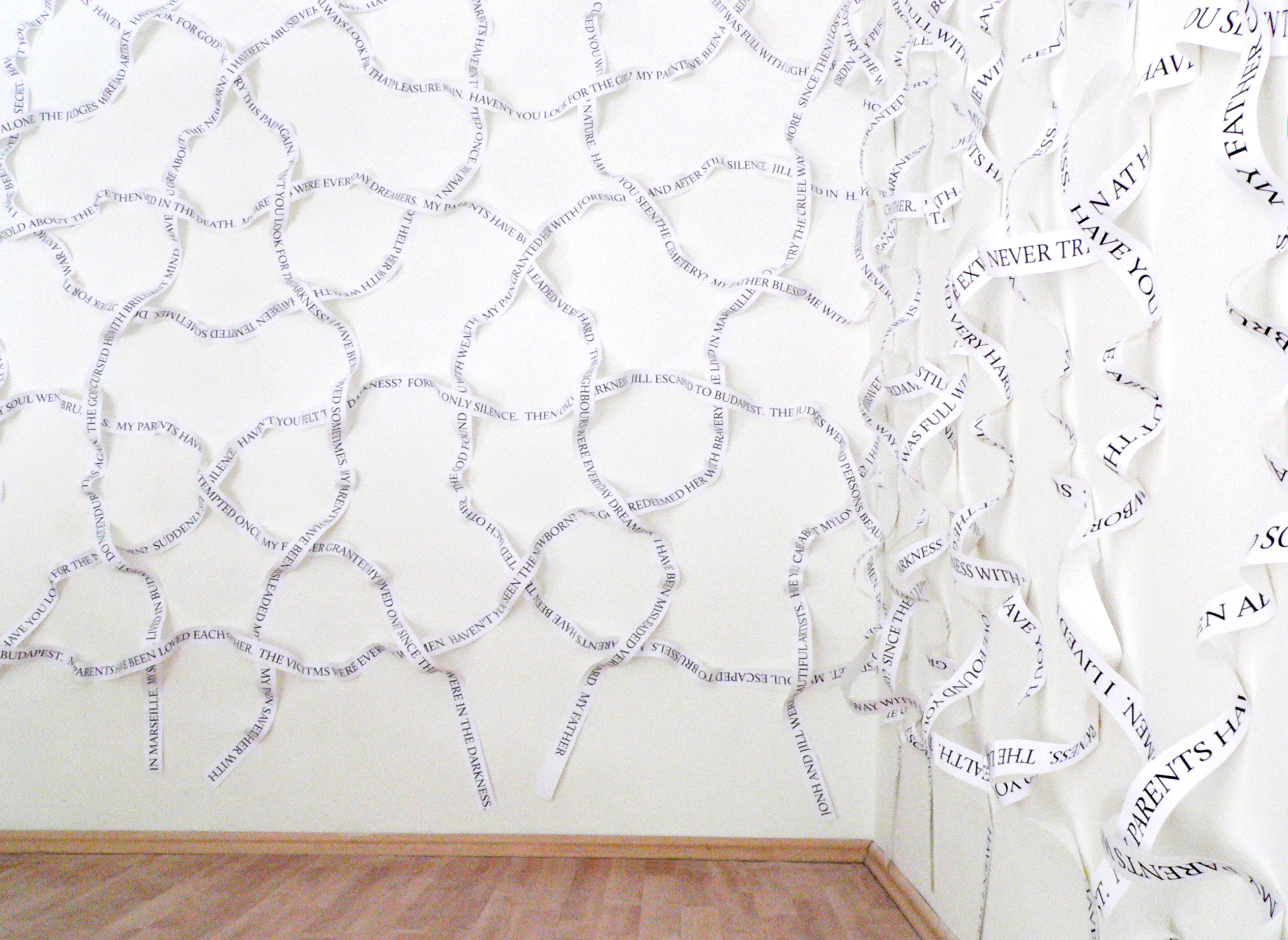 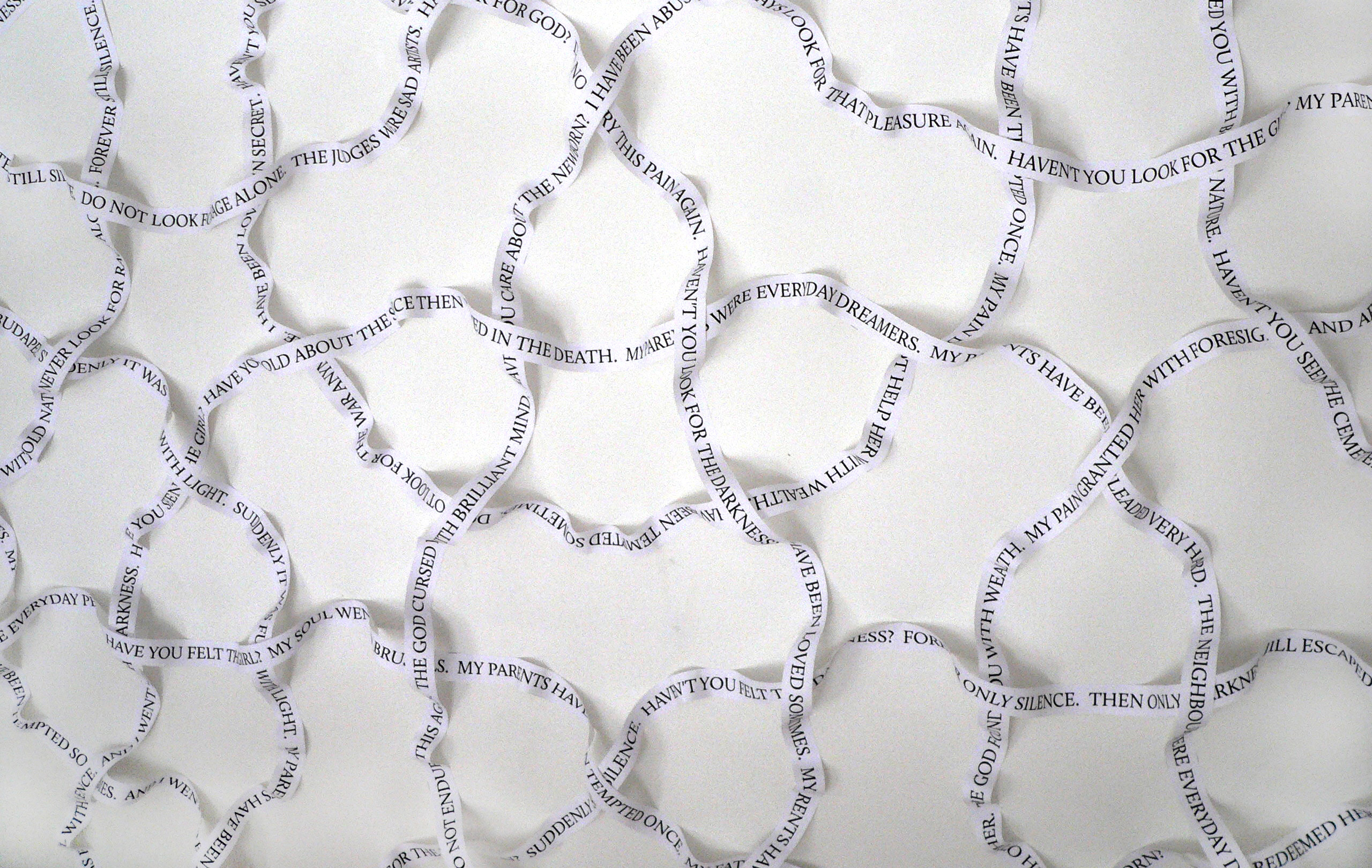 5
back to top
Still life I. Oraculum