Recursion is the process a procedure goes through when one of the steps of the procedure involves rerunning the entire same procedure.

The Recursive artwork is a result of computer programming. The computers are not annoyingly capricious machinerys, as many people think, they are mathematical magic-sticks. This work was not made by computer, but the base of it is one of the basic algorithm used in computer-programming: recursion. It try to show, what is a software.

The place of the work was the Gallery of Club Óbuda, a dark cellar. I placed two light sources onto the ground of the cellar. I put a stick into a hole in the wall. The stick had two shadows. I made new holes at the end of the shadows, and put two sticks in them. The two new sticks have two shadows. I put four new sticks to the end of the four shadows... and so on. (While the shadows were visible.) 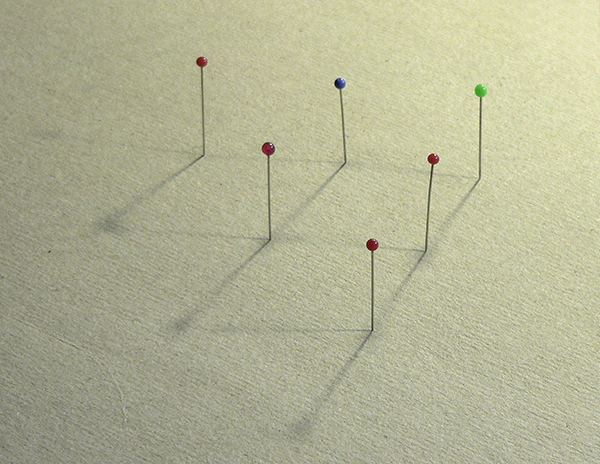 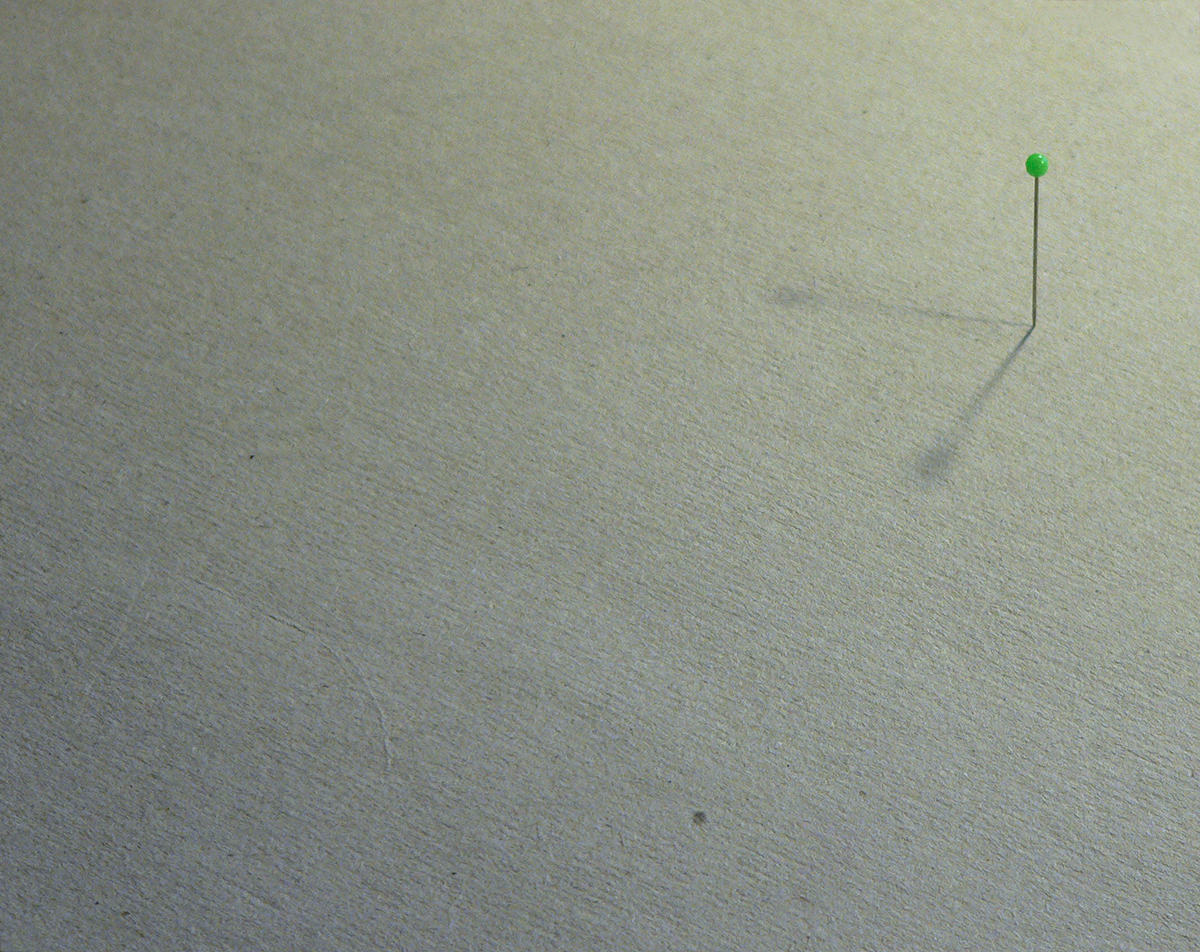 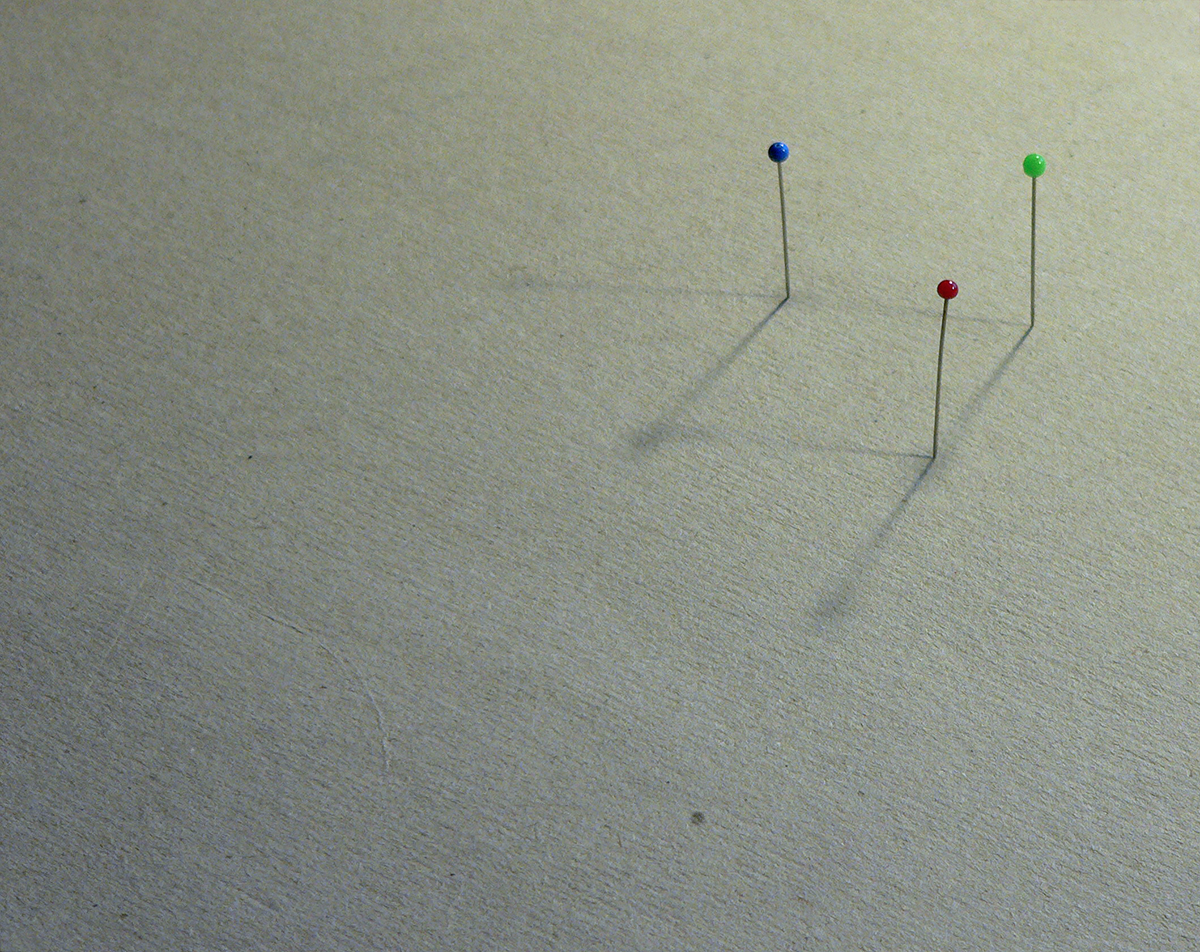 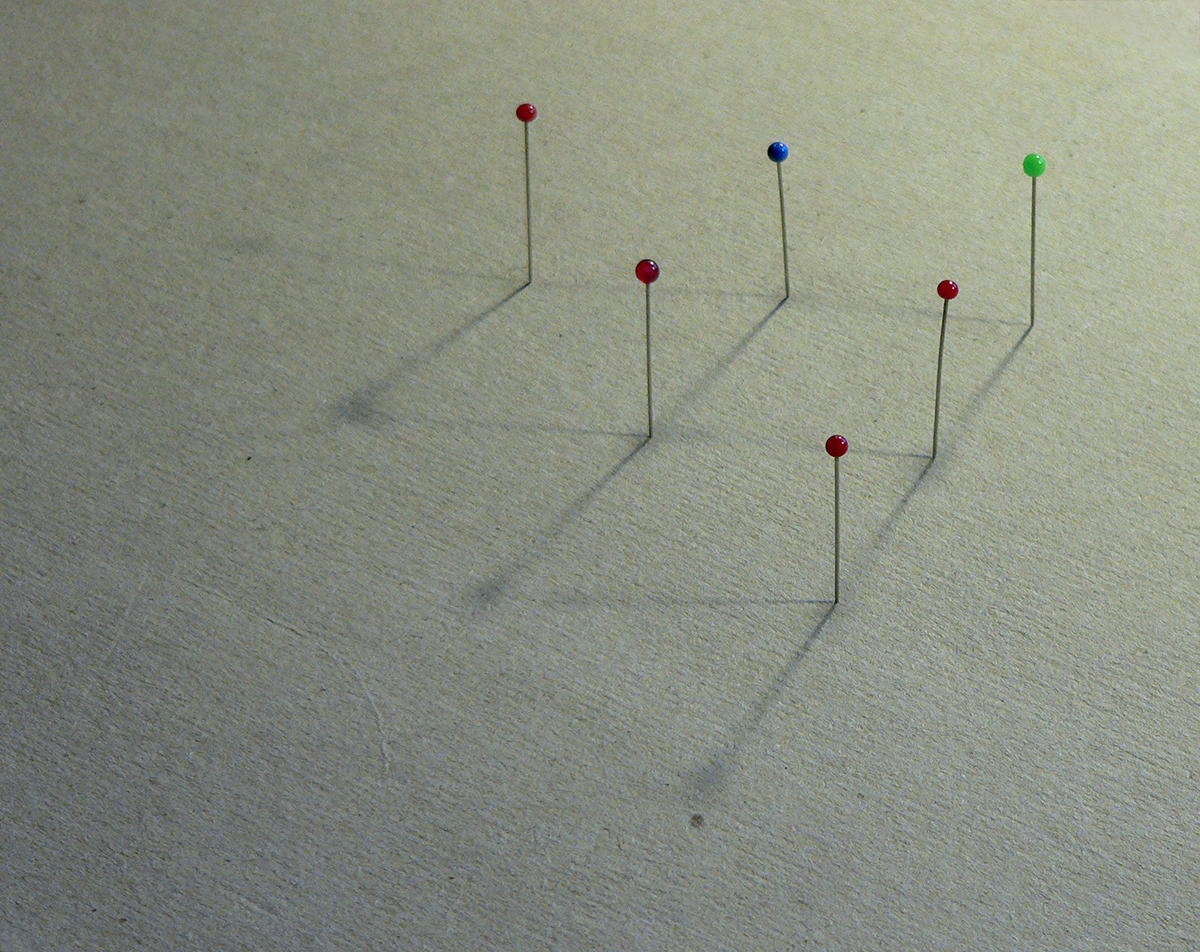 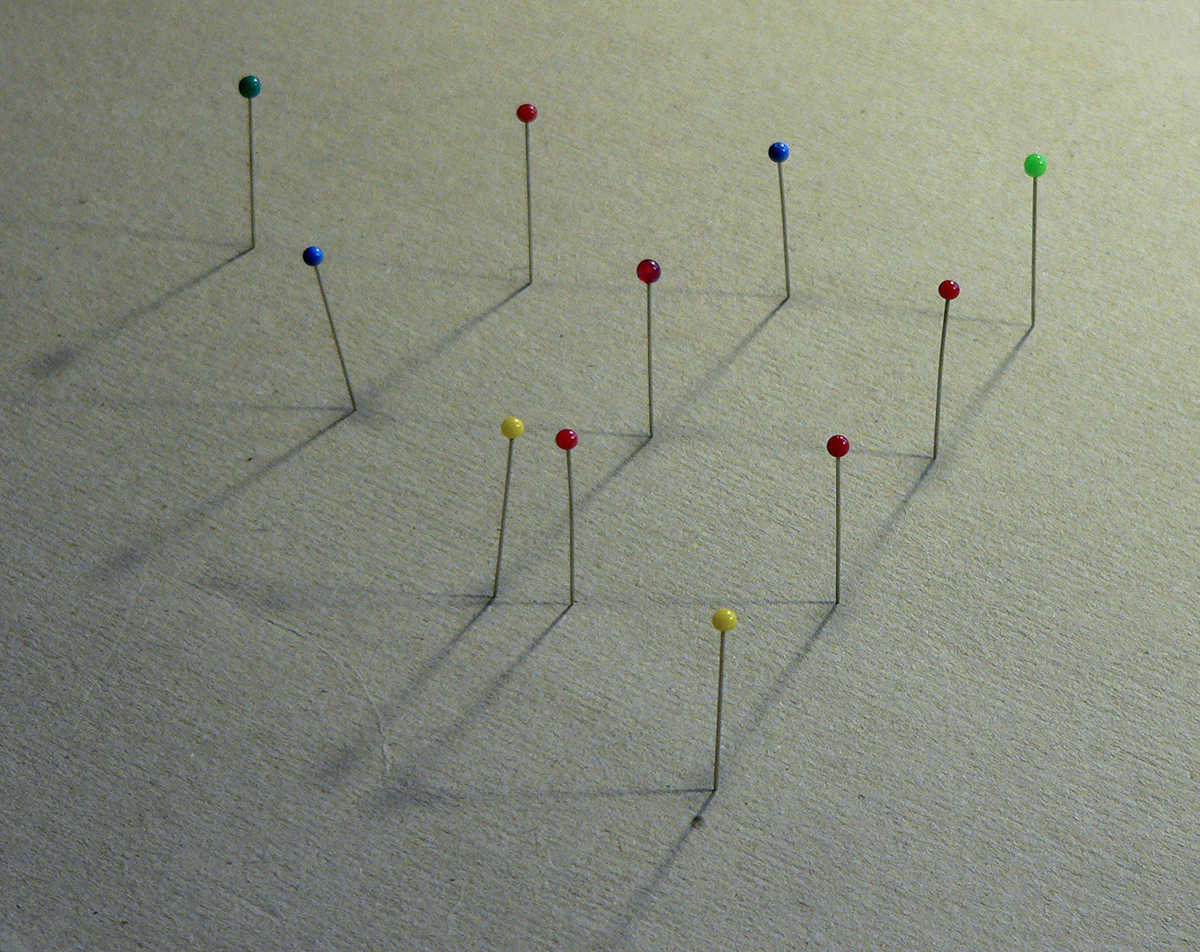 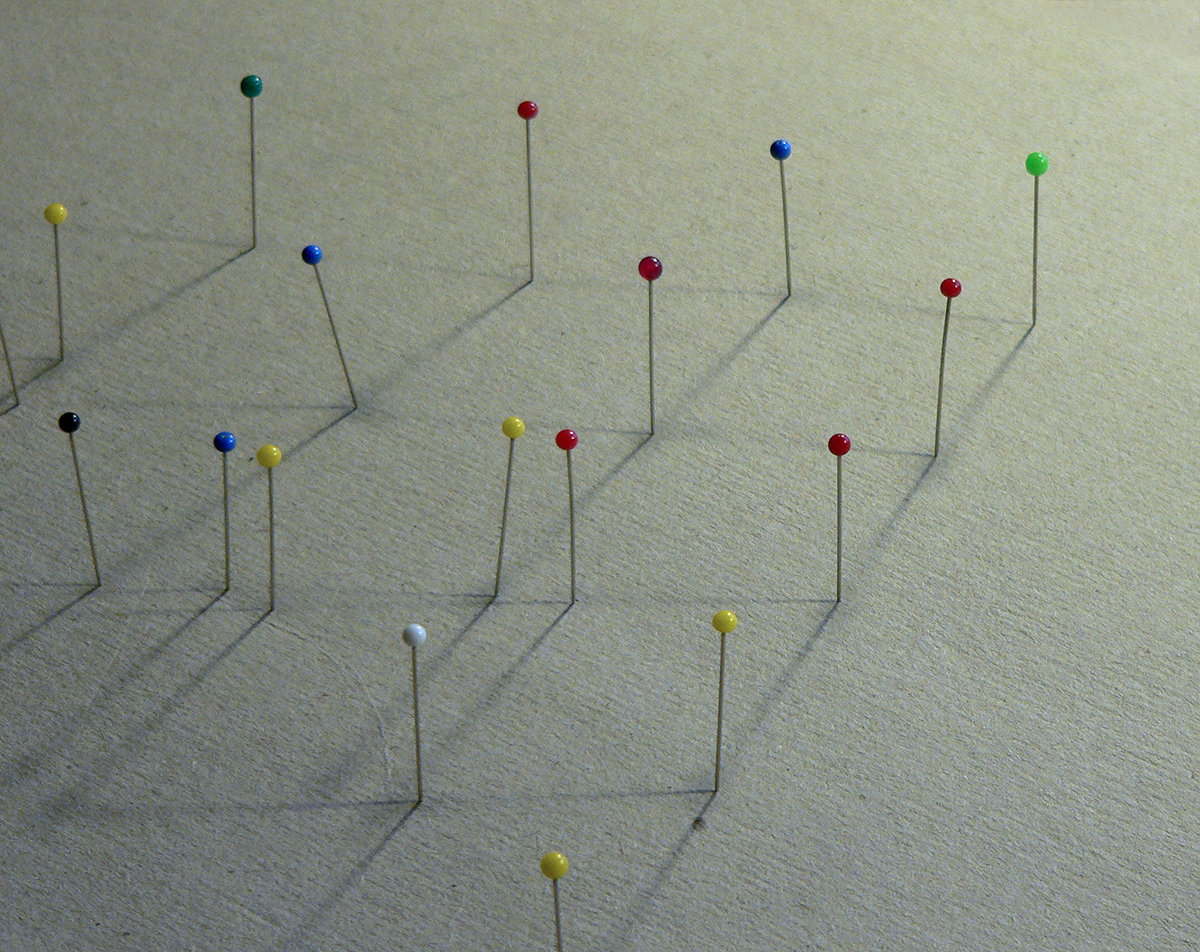 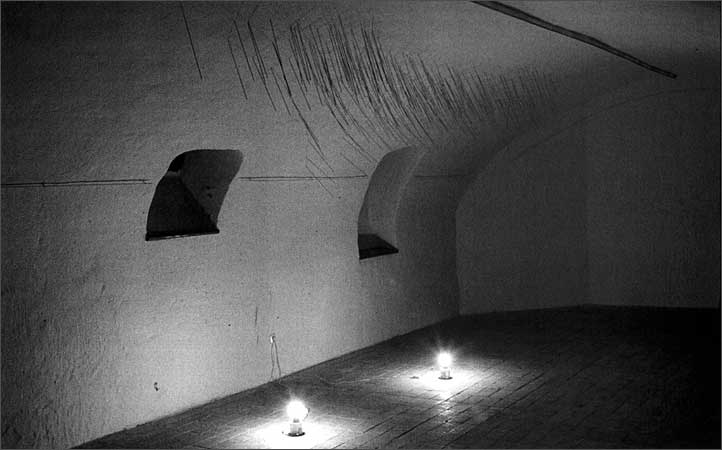 6
back to top
Perfect city 100 drawings