The print was made by three clichées, they were the visible sides of the axonometric cube. It was printed in Amsterdam, in the graphic workshop of the Rijksakademie van Beeldende Kunsten. The artwork won the bronze prize of the Osaka Graphic Triennale.

The step warps into a cubus. The placing of the unity cubes are determined by a mathematical method. Its important element is the random. There was very probably, that the steps will turn into the cubus, but the single cubes were randomly placed. Like a hourglass: Clear, that every grain of sand goes to the lower pot, but there is quite hard to know, in which order. 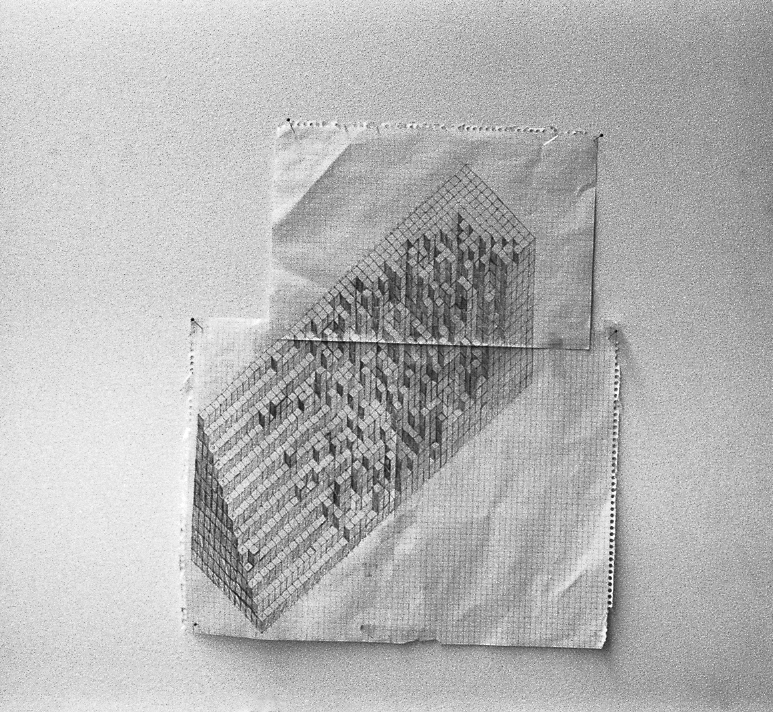 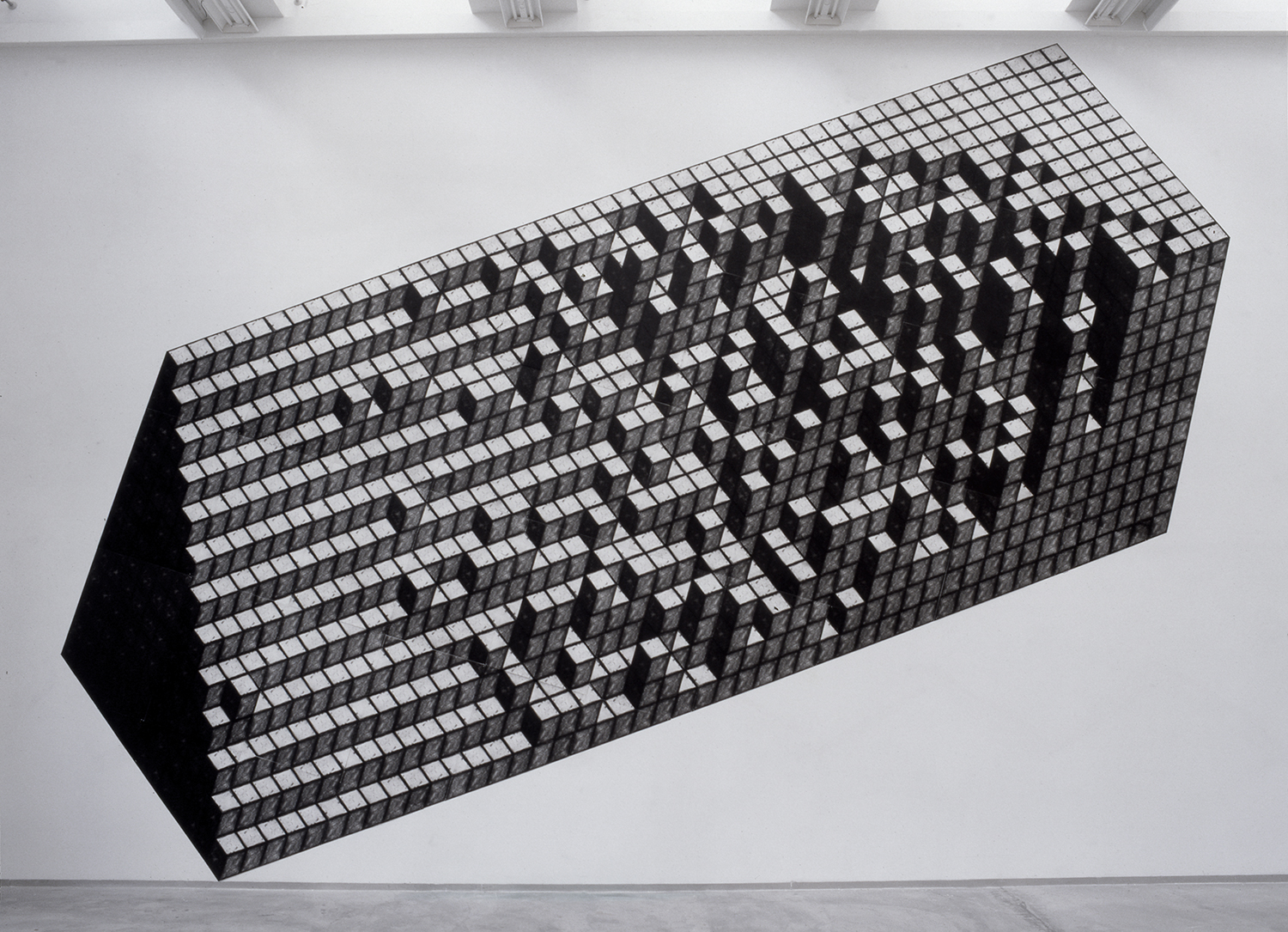 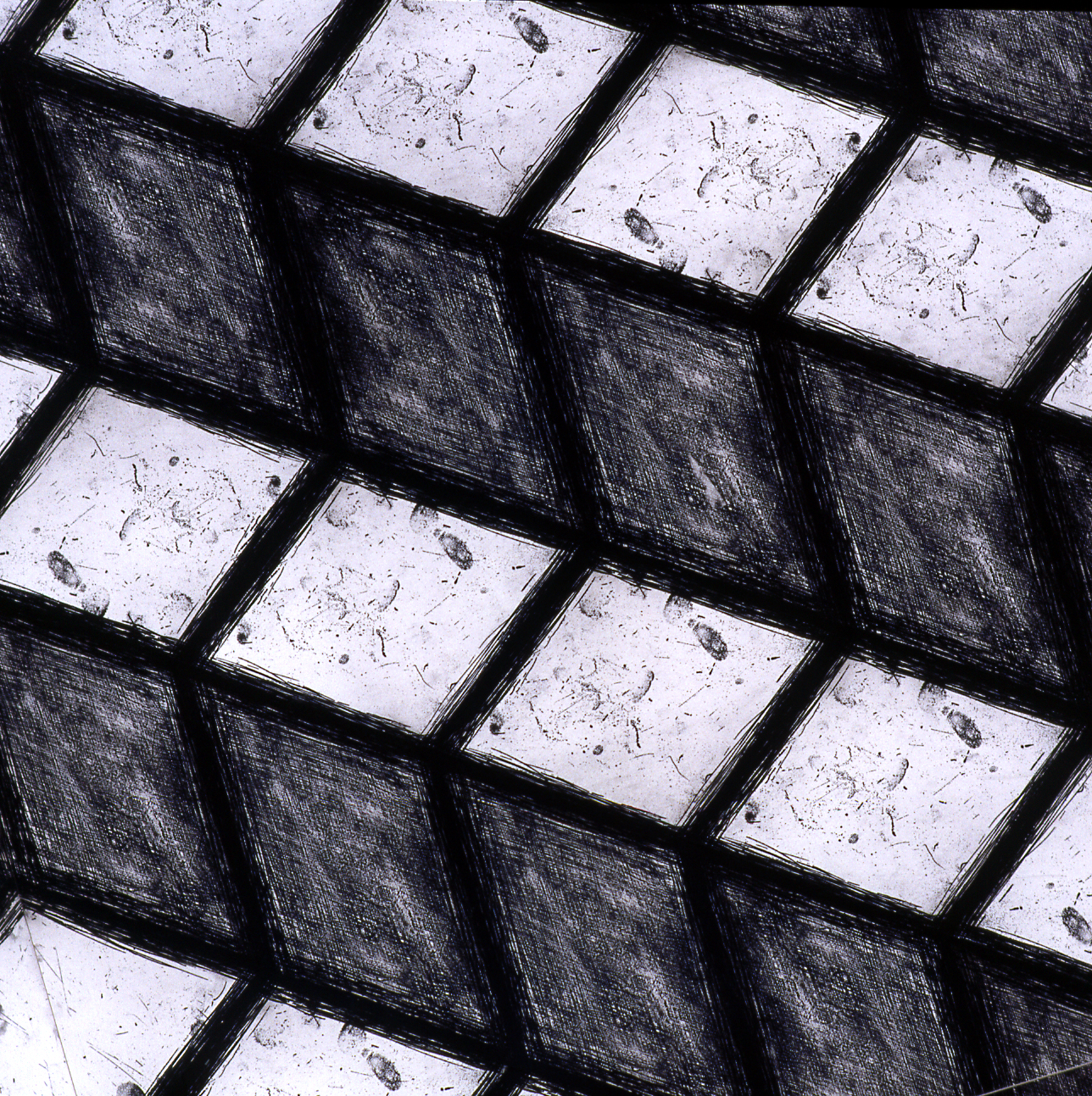 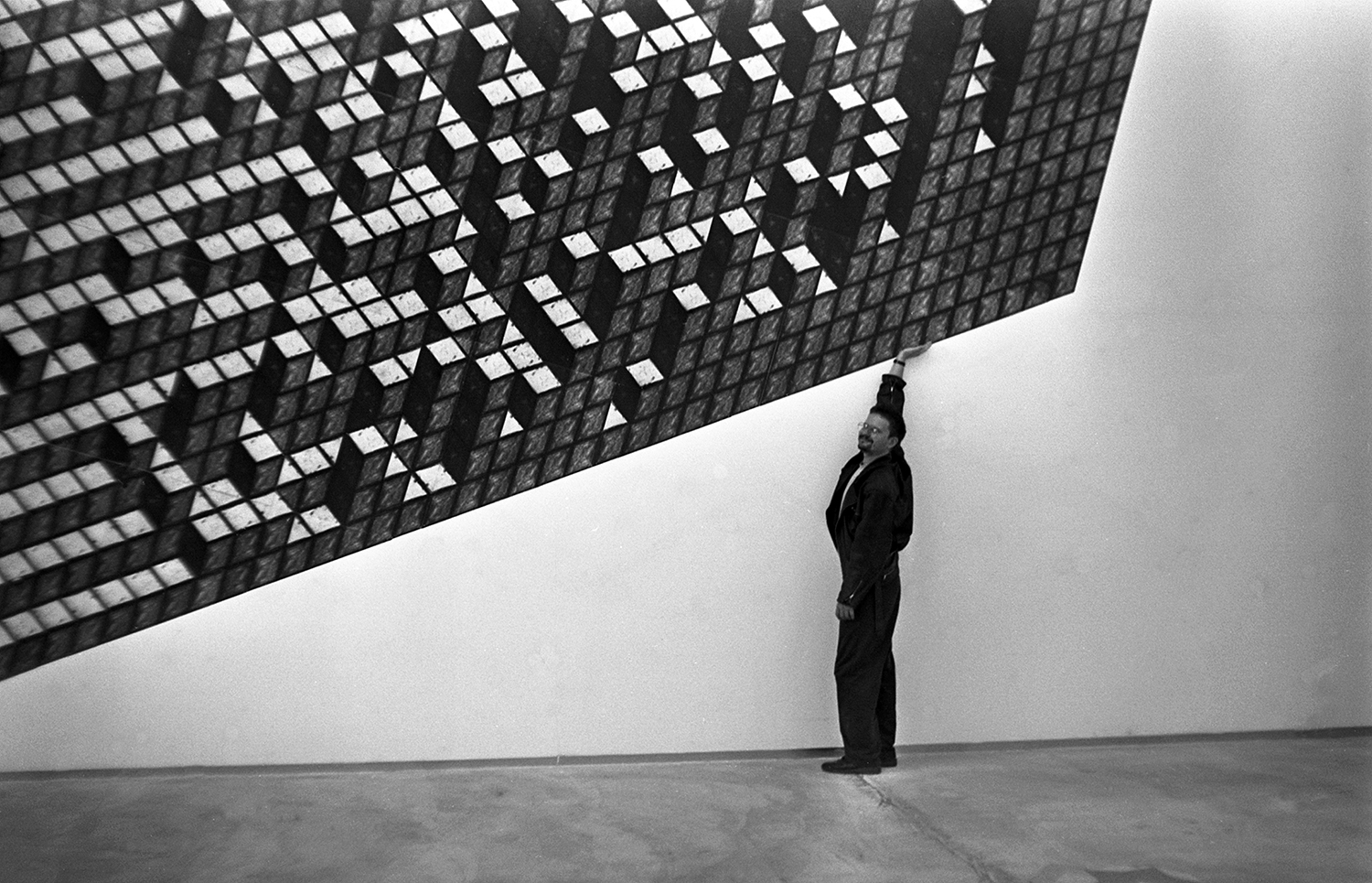 The math behind Step

The first example is a model of a single dice. A dice produces numbers from 1 to 6. The chance of these numbers are exactly the same. The example records the results of the dice. The columns above the numbers represent the cases when the dice turn to that number. The chanche is the same, so as the number of cases grows, the difference becomes smaller between the columns.

As the number of cases grows, the columns show the curve of the chances.

This final example builds up the model of the artwork. (It builds a possible model, thus, the artwork could be like that.)